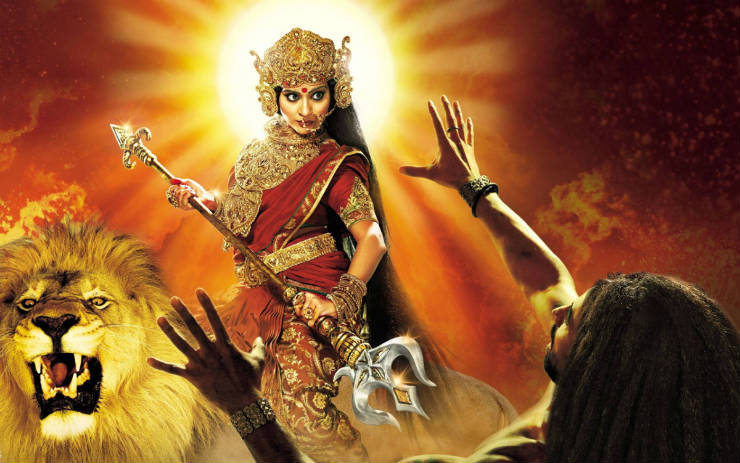 we Shree Vidya Sanjivan Sadhana Peetham at Thane, always try to empower our friends and followers with knowledge and valuable information. As apart of it, today we will attempt to reveal scientific meanings of Mahishasur Mardini Stotra (Rhymes) .

You all are very much familiar with Shree MahishasurMardini Stotra.

Today, we will look at it’s first Sholkas and will make an attempt to understand on scientific base.

In this corresponding sholkas while pleasing Revered Goddess Bhagavti who slaughtered demon Mahishasur, it has mentioned that Dear Goddess (अयि) Ayee , you are daughter of mountain, you gives all energy and enthusiasm to this universe, you maintain this world at festive mood, your abode is at highest mountain peak of Vindhyachal Mountian, you are source of happiness to Lord Vishnu. Shree Vidya disciple shree Nandi bow head down to you, goddess you are great and hail you hail.

Lets look at meaning of this sholkas and word अयी (ayee)

the founder of this sholkas has used his immense intelligence to create this sholkas and to begin the sholka with world Ayee.

At maximum places , meaning of Ayee word has not decoded ,today by grace of Guru blessing we are revealing importance and information of Ayee word. There was a sage called Sumedha , he was disciple of Lord Parashuramas . He was a first one to write , dialogue between Lord Dattatreya and Lord Parashurama. He wrote a epic book “Tripura Rahsya” . He lost his memory while writing “Tripura Rahsya”.

Then sage Narada felt sympathy to him and he Requested Lord Brahmaji to help him. Upon Sage Narada’s request , Brahmaji revealed Naradji about Sumedha’s Past life, Sumedha in his previous life was a son of poor Brhamin , in that birth he used to call his mother Ayee, Due to reciting Ayee word multiple times he got a sharp memory in that life. However, Ayee words origin lies in Beejmantra Aim. Due to wrong pronounciation of Beejmantra Aim as “Ayee” he got cursed. As a result he lost his memory in his next life birth which unable him not to write Tripura Rahsya . Later , his spiritual Guru Lord Parshuram ji nullified this curse by giving him Shree Bala Sadhana which is a part of Shree Vidya Sadhna.

So ,here you might have understood how this Ayee word got come into picture , and you might also understand upon wrong pronounciation of Beejmantra will lead to harsh punishment. Many people chant Saptashati, Khadagmala, Mahamrintijay, panchdashi and sanjivani mantra in wrong manner as a result of it they will face harsh punishment .

Sacred power never likes any fault in their worships as a result one will get severe punishment . These punishment one may has to face in his/her next life resulting in terms of memory loss or other injuries. Therefore it is advisable & mandatory to chant Beejmantra accurately upon studying and practicing under proper spiritual Guru.

Now lets look at some of the important definations.

Guru explains that how this Eee word works as a ardhanarishwar in Shreeyantra’s Triangle of Shreevidya sadhna.

Medini means the one who pleases mother earth, which also keeps universe blissful. Medini also refered as Modini too. goddes Modinis Incarnation Washini is one among God in Adi wagavadini mandal. Its refernce comes into picture when Shreevidyas worship is done as per Lord Dattatreya’s guideline rituals of Navvarna Worship. In Shreevidya sadhna Modan is called as blissful Feelings that feels before happiness.

Vidhyawasini means The Goddess one who resides on topmost peak point of mountain range Vindhya. It provides eternal Blissfulness to Lord Vishnu . Jishnu is refered to Lord Indra. When Gods show bravery in the battle , their power of feat is expressed as Jishnunute

Dear Friends,Lets revised what we have learnt through this good accompaniment

1) Meaning of the word Ayee, so far no one has elaborated meaning of Ayee word

2) how the word “Eee” is fundamental Beej (seed word) and how it behaves as womb of entire universe ,Eee is centre point of Shreeyantra. Why &how, any disciple should understand importance of it in one’s Shakti Sadhana (practice of Shree Vidya) from his spiritual guru.

3) Lord Nandi learnt ShreeVidya Sadhna for his spiritual upliftment and not for his selfish ambitions. In today’s era most of practitioner learn holy Shreevidya for accomplishment of physical aims and selfish objects rather than spiritual upliftment and that too with inaccurate sequence. Therefore, it is mandatory for Shreevidya Sadhana Practitioner to be divine soul as a Nandi with the help of holy divine spiritual practice.

4) From the word Vindhyawasini we understood that shreevidya practitioner soul is even higher than mountain Vindhya, and to understand this supreme level of divine soul, practitioner needs spiritual guru as well.

Dear Friends, you can learn and listen these five accompaniments at our blog. With help of these accompaniment you can understand forms of Aadi shakti in deeper and broader sense. These accompaniments will not only uplift your soul to higher spiritual level but will give tremendous success in physical life as well. 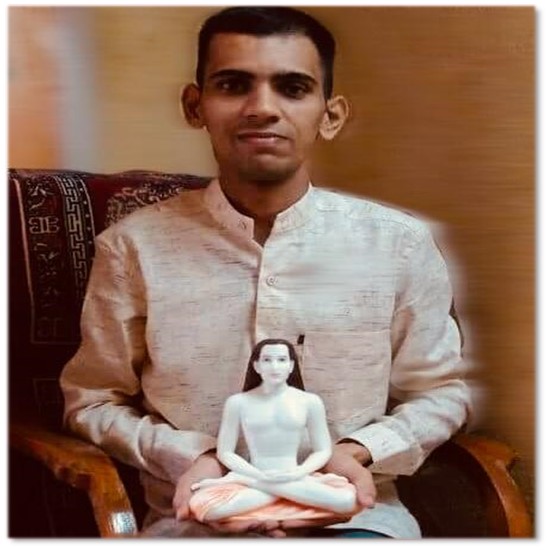